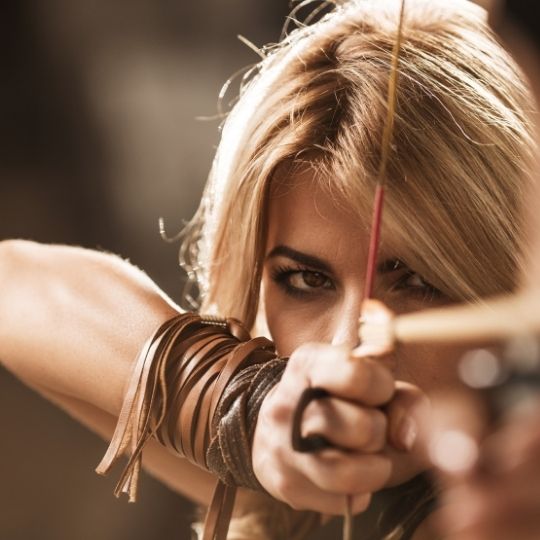 With a steady arm and a focused eye she would walk through the wild lands.

Goddess Artemis, the Greek goddess of the hunt, is an inspiration for anyone who wants to embody the power of the feminine, divine, adventurous aspects of the Goddess. You can learn to walk with confidence and prowess like Artemis herself, when you learn how to channel her energy and hear her calling.

Also known as Artemis, goddess of the moon, she speaks to all of us through our intuition and we can connect with her by practicing affirmations for self worth, dance embodiment practices, and using things like guided meditations for anxiety. If we just ask, Artemis, goddess of the hunt, will inspire us to chase down our own dreams with confidence.

(A part of the Embodied Goddesses “Goddess Yourself” online dance embodiment course.)

“Once upon a time in ancient Greece there was a fierce goddess of hunting, the wildness and all the wild animals, the moon and chastity. Goddess Artemis had hair golden and long like the wild itself. She was a patroness to all women. With a steady arm and a focused eye she would walk through the wild lands. Her bow and arrow under the arm were vital and sacred ornaments in her mission for hunting her prey, eliminating any distractions and anything in her way.

Not only with much discipline and education but it was also with patience and prowess that she perfected her aim. Goddess Artemis would always walk to the beat of her own drum.

With an adventurous spirit, nothing was going to stop her in her path to her desires. Goddess Artemis is always within you to remind you that you innately hold the power and strength to move through the walks of life and to make all of your dreams come true.”

Want to get a taste of the goddess story videos in the Embodied Goddesses online embodiment course? You can check a couple of them out on youtube – just click here!

All About the Goddess Artemis

In modern times, Goddess Artemis has been associated with the moon, fertility, childbirth, and hunting. She is an ancient Greek goddess who was worshiped as the protector of women and children. She was also associated with hunting and fertility.

Artemis is one of the most popular Greek deities. Her name means “she who brings down” or “she who hunts.” Her name also means “Protector of Women and Children.” She was also considered a protector of animals, especially deer. Therefore, she was often depicted wearing a bow and arrows, and sometimes riding a stag.

In addition to being known as the goddess of the hunt, Artemis was often represented by a dog. This association came from the belief that she protected young girls and women. It was believed that dogs would protect them from harm.

While she was originally thought to be a hunter, today we associate Artemis with fertility. Her name comes from the word “artemisia,” which means “of the wild animals.” Artemis was also considered a goddess of childbirth because she was said to help mothers give birth safely. Therefore, she was honored and worshipped by women in particular.

Artemis in Other Cultures

There were several different names given to Artemis by various cultures. One name used by the Greeks was Dictynna (or Diktynna). This name means “the huntress” and comes from the Greek word diktynein, meaning “to chase down.” Another name used by the Romans was Diana, which means “of the moon.”

“As Aeginaea, she was worshipped in Sparta; the name means either huntress of chamois, or the wielder of the javelin (αἰγανέα).[98][99] Also in Sparta, Artemis Lygodesma was worshipped. This epithet means “willow-bound” from the Greek lygos (λυγός, willow) and desmos (δεσμός, bond).” – (https://en.wikipedia.org/wiki/Artemis)

Learn How to Embody Goddess Artemis

If you’re ready to channel the prowess and power of Goddess Artemis, then check out the Embodied Goddesses “Goddess Yourself ” online dance embodiment program. You learn how to embody this amazing archetype through online dance classes, affirmations for confidence, and we’ll teach you what to write in journaling – think of it like a journaling how to – so that you can find your own inner confidence and power. And you can do it all online, anytime, anywhere.

Are you ready to embody the Goddess Artemis? Join Jess & Ness and let’s “goddesses ourselves!”

Goddess Yourself and join now

Welcome, Goddess. You have successfully joined our subscriber list.

Goddess Yourself in This 9 Module Embodiment Ascension Program

Meet with your truth by becoming embodied and aligned the divine feminine way. Through dance, music, mediation, journaling, affirmations and so much more, you will create your own life of wholeness, abundance and joy!

I am ready to Blossom